We have received some contact asking what we've been up to and I thought we'd fill ya in.

It all started when Rachel -- she's always getting us into trouble ;-) -- got involved at an anti-Christian blog known as Debunking Christianity (DC). Many of their arguments are based on outrage, over generalization, and blatant ignorance/misrepresentation of what they critique.

Sadly, many well intentioned Christians respond with arguments that are also weak and unwittingly give an undue appearance of validity to many of the skeptic's arguments. We (especially Rachel) have been engaged in debates with skeptics for years and have been in the line of fire by those who are best described as "skeptic-fundies" (SFs) -- those who make absurd statements such as "If God was standing right in front me I still wouldn't believe -- I'd assume I was hallucinating" or "Even if all the evidence pointed to a divine creator we would reject that conclusion because it's not naturalistic." Exposing this kind of rabid fundamentalism -- the kind that essentially states it would reject a conclusion that doesn't align with it's preconceptions -- is where we are currently investing our resources. While we hope otherwise, we are sadly convinced that anyone who has hardened their minds against even the evidence of a direct manifestation of God have committed intellectual suicide. Ironic that they do so in the name of holding the intellect in such high regard.

Some who engage in such bravado do so to elevate their status among fellow skeptics and/or as a psychological step in convincing themselves they really believe it. There are many others who lurk (or rarely post) who have not yet sacrificed their intellect. Some of these are sincere Christians looking for answers to their honest questions and are getting unsatisfactory answers from their peers and spiritual leadership. Others are genuinely undecided and are looking in to determine which side is most convincing. It is this group of groups, which is statistically much larger than the SF group that makes most of the noise, that we believe we can sway. It is this group of groups that retains some degree of intellectual honesty that we think possible to win by demonstrating that the SF claims are almost entirely repackaged, age-old, weak objections which have equally age-old and solid responses.

We don't seek confrontation, yet for the sake of winning those who are on the brink of converting to SF ideology we are increasingly willing to hold the line and push back.

Our current effort has been to prepare curriculum for a 12-week series on apologetics at our church. This series goes beyond sound-bite apologetics; we point out weak arguments frequently used by Christians as well as the weak claims the skeptics use. The goal is to equip Christians to recognize that SFs prey on ignorance and rely heavily on poor logic, poor scholarship, and bald assertion to support their claims.

Pray for us in this endeavor; it's past time for this generation of Christians to take ownership of its own beliefs rather than sticking its head in the sand and hoping the SFs will go away.
Posted by Orange at 3:12 PM 13 comments:
Email ThisBlogThis!Share to TwitterShare to FacebookShare to Pinterest
Newer Posts Older Posts Home
Subscribe to: Posts (Atom) 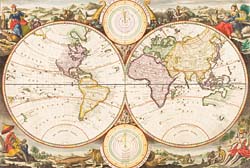 Welcome to The Land of Reason (TLOR). The more reasonable you are, the more we think you'll feel at home here. So grab yourself a drink, some munchies, and a chair -- just leave us the loveseat.
-- Stephen and Rachel